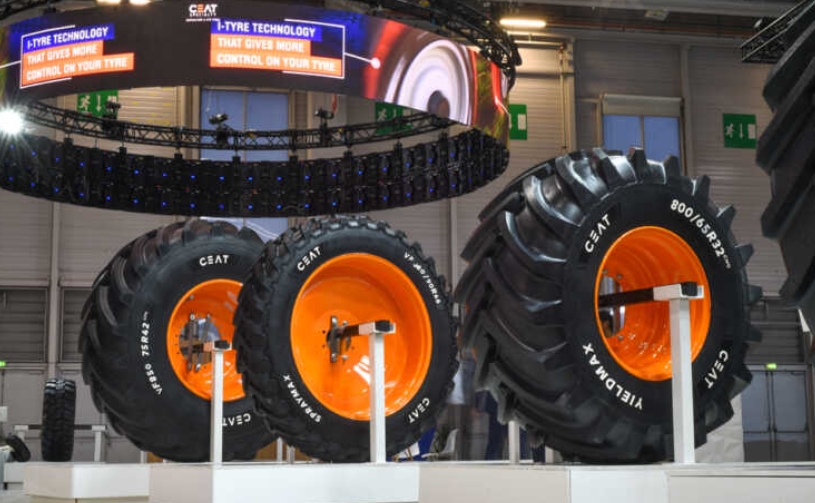 With the Torquemax 850/75R42 IF CFO SB, the largest tire offered in the Ceat range but also one of the largest on the market with a diameter of 2.30 meters, the Indian once again demonstrates its capabilities and speed. to adapt to the European market. But what sets it apart from competing tires is its intelligent i-Tyre technology designed with the Israeli Galileo Wheel and which already equips truck fleets. An in-tire sensor monitors pressure and temperature in real time to ensure correct pressure in a wide range of applications. Ceat therefore hopes to offer the widest possible footprint, the maximum traction taking into account the loads and speeds, to preserve not only the tires but also the equipment and the user.

CEAT was founded in 1924 in Italy and moved to India in 1958, before being acquired in 1982 by the RPG Group. The manufacturer offers a wide range of tires for trucks and buses, light commercial vehicles, earthmoving machines, forklifts, tractors, trailers, passenger cars and motorcycles. Today, CEAT employs more than 5,000 people in 7 factories (6 in India and one in Sri Lanka) and produces 15 million tires per year, exported to more than 130 countries. The CEAT Specialty division, which focuses on OTR and agricultural tires, was established in 2015. It has dedicated production lines at factories in Ambernath, Bhandup and Nasik, as well as its own sales, marketing and , research and development. The company also has three research and development centers in Germany, India and Israel. It is notably distributed by France Pneus Selection.