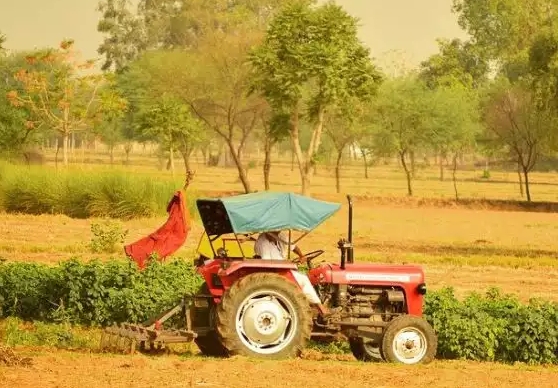 In support of manufacturers of tractors and other agricultural equipment, the Ministry of Transport has postponed the introduction of stricter emission standards for another six months. According to knowledgeable officials, this is due to problems in the global supply chain and the demands of manufacturers.

Officials say this has led to consultations within the government, which has concluded that a global shortage of chips, among other factors, will hamper compliance with the norms.

The next phase of emissions standards for tractors (TREM Stage-IV) was originally planned to be introduced from October 1, 2020. Later it was decided to postpone this date to 1 October 2021 and then to 1 April 2022. now decided to make these more stringent emission standards applicable from 1 October 2022.

The move will be a relief for manufacturers of agricultural machinery such as tractors, cultivators and combine harvesters. The Centre published the final rules on emission standards for agricultural tractors in March 2018. India thus became the first region outside the European Union to develop such stringent emission standards. The country has surpassed countries like the US, Japan and China in controlling emissions from new diesel off-road equipment. But the COVID-19 pandemic and subsequent gridlock in the global supply chain has raised fears of higher costs and burdens on farmers. It is expected that stricter emissions standards for Euro Stage IV compliant farm machinery could lead to a 10-20% increase in the price of this equipment.

According to cICRA NSE -0.66%, these new norms are unlikely to be a major disruptive factor. The current TREM Stage-III A emission standards apply to tractors of all power categories (hp) in India. These existing norms have been in place since April 2010 and 2011 in phases. It is planned that the revised TREM IV emission standards will apply to tractors over 50 hp. Only 10% of the total industry is expected to be affected.