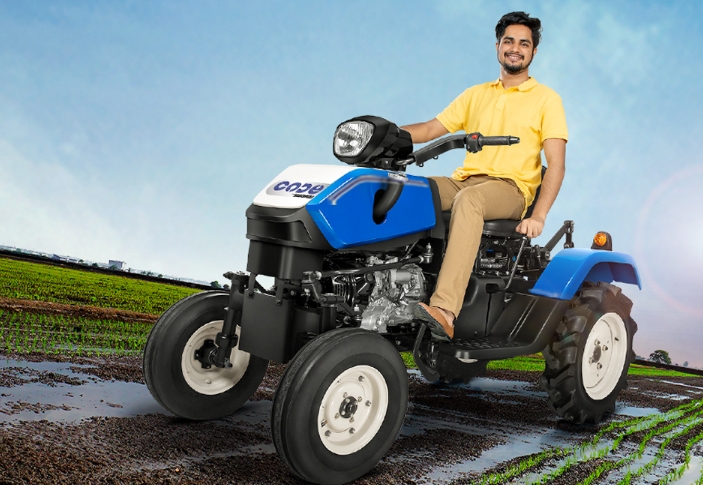 Known for being one of the biggest tractor manufacturers in India, but also for its ex-Ford products under license, Swaraj launches into the production of a small versatile machine, straddling between a quad and a raised garden tractor and reversible.

The Swaraj CODE is powered by a 389cc four-stroke gasoline engine, a 11.1 horsepower Honda GX 390 single cylinder. As standard, the equipment of this small 455 kg tractor is basic. Starting is also basic via a launcher, although an electric starter is offered. The manual transmission with 6 forward and 3 reverse speeds offers a speed range of 1.9 to 16.8 km/h. Despite the basic appearance of the machine, a rear linkage associated with a 1000 rpm PTO and two distributors is capable of lifting tools up to 220 kg in various crops, especially since Swaraj offers different configurations ground clearance, from 266 to 554 mm. The wheelbase of the CODE is 1.46m and the width is only 89cm

Rather than a traditional steering wheel, the Indian opts for a quad steering wheel, which makes it easier to reverse the driving position 180 degrees. Like the Xérion, the Code is a reversible machine and turns into a self-propelled mowing machine during rice harvest. Original !